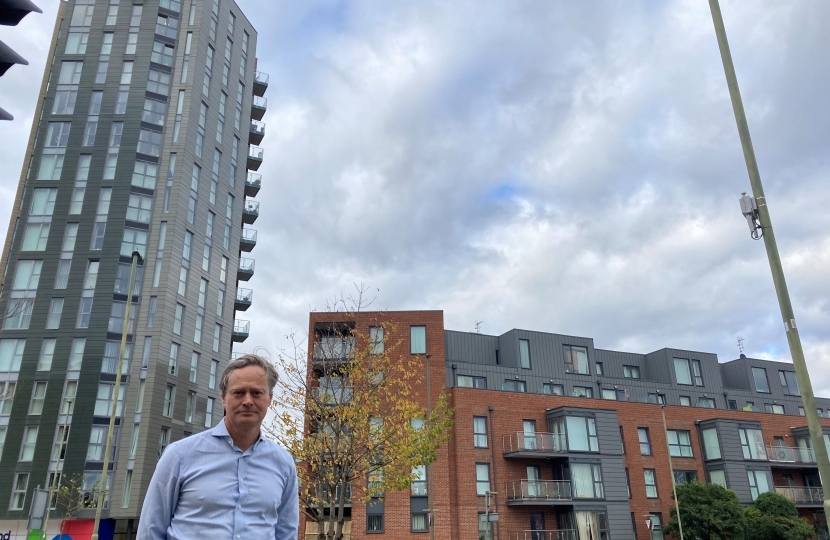 Matthew has welcomed today's statement by the Secretary of State for Levelling Up, Housing and Communities, Michael Gove, that leaseholders will not have to pay to fix fire safety defects.

After years of campaigning with residents, campaign groups, and fellow MPs, Matthew has welcomed the statement in the House of Commons where Mr Gove announced that the Government has reset its approach to building safety with a plan to protect leaseholders and make wealthy developers pay to fix the cladding crisis. Plans includes opening the next stage of the Building Safety Fund and prioritizing the government's £5.1 billion of funding on the highest risk buildings.

During the statement in the House of Commons, Matthew asked Mr Gove to confirm that no leaseholder will have to pay any costs towards safety defects that were not of their making.

Speaking after the statement, Matthew said: "Today can be considered a victory for all leaseholders involuntarily caught up in the cladding scandal.

"However, although Mr Gove's statement will come as a relief to many of my constituents, the work is not over. I will be closely monitoring the Building Safety Bill to ensure that these commitments are put into law and be seeking reassurances for those in buildings under 11m, as well as those affected by internal defects and those who do not live in their property."

Full details of the government's plans can be found here.