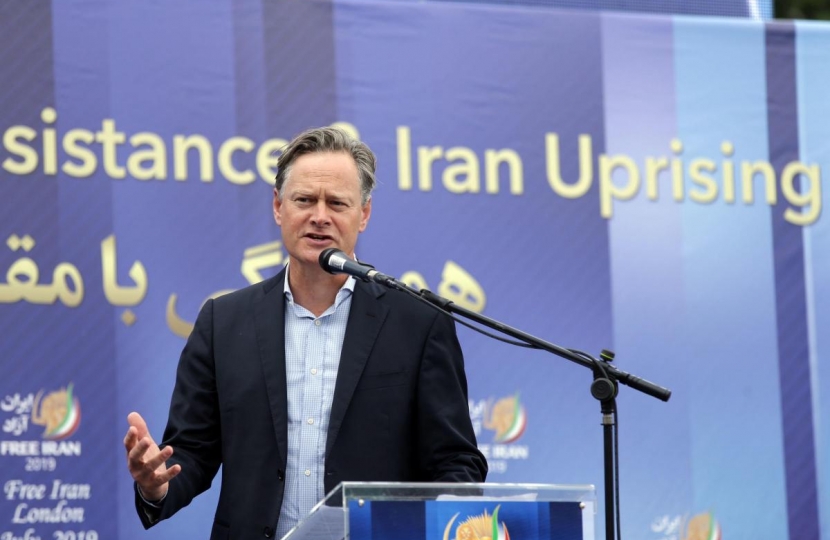 Matthew addressed around 3,000 Iranians at a demonstration in central London.

The rally, organised by Barnet Anglo-Iranians, was in support of the National Council of Resistance in Iran (NCRI). The event focused on protesting against against the Iranian government's human rights abuses and recent aggression, as well as in support of people's uprising inside Iran.

The Hendon constituency is home to the highest percentage of Anglo-Iranians in the UK and Matthew is a longstanding supporter of the NCRI having recently led a UK delegation to their base in Albania. Alongside this Matthew has co-signed letters to Ministers, called for an investigation into the 1988 massacre of 30,000 political prisoners, and led Parliamentary debates on the topic of human rights abuses in Iran.

The march went through Whitehall and Parliament Square and ended at Trafalgar Square where Maryam Rajavi, the president-elect of the NCRI, spoke to supporters by video message. The event also included musical performances and addresses from other prominent lawyers and politicians.

Speaking at the rally, Matthew said: "Today our response should be firm, held on the principle that the Revolutionary Guards (IRGC) and the regime of Iran should be held to account to their atrocities.

“These organisations should be proscribed in their entirety under the terrorism act."